Millennials have grown up on social media with its potential to connect. Yet they’ve been found to be the loneliest generation of all. And that’s not just a ‘soft’ health concern – it can be as bad for you as a packet of cigarettes a day. Find out how Lipton is addressing it.

The world loves tea. It’s how 2 million people start their day. Its power to create connections puts it at the heart of cultural ceremonies, negotiating everything from business deals to banns of marriage. It’s also at the centre of everyday rituals like a 4 o’clock screen break and a catch-up with friends.

Tea’s ability to give people a reason to have a conversation lies at the heart of Lipton’s newly launched brand purpose to awaken the world to quality connections and fight against hidden loneliness.

And it’s this ‘hidden’ quality that is key, because the generation that research has identified as the most lonely is not the older demographic that people have come to expect. Instead it’s millennials (Opens in a new window) – the first generation to grow up connected and connecting via digital communications.

And this impact is starting to reach beyond millennials. Findings from a global study carried out on Lipton’s behalf looked to ascertain insights into the concept of loneliness. It saw interviews with 2,000 participants aged 18+ across nine countries. Some 40% of those who took part felt their social relationships were superficial. One-third said they felt starved of company and three in ten admitted to feeling lonely.

Beyond a soft health concern

And the consequences of such levels of loneliness go beyond the lost art of conversation. Former US Surgeon General Vivek Murthy (Opens in a new window) called loneliness a serious health concern. Alongside mental health issues such as anxiety and depression, loneliness can impact sleep quality, reasoning and productivity. It’s been linked to a 29% increase in the risk of coronary heart disease and considered as damaging to health as smoking a packet of cigarettes a day (Opens in a new window).

“We’ll go to the doctor when we feel flu-ish or a nagging pain,” says psychologist and author Dr Guy Winch, who is working with Lipton. “So why don’t we see a health professional when we feel emotional pain such as loneliness?”

“We say things like ‘Oh, you are feeling depressed or lonely, shake it off, it’s all in your head. Can you imagine saying that to someone with a broken leg?” he says in his TED Talk ‘Why we all need to practice emotional first aid. (Opens in a new window)’

In a connected world you may not associate your circumstances with feelings of loneliness. But, says Dr Winch, “loneliness is defined purely subjectively. It depends solely on whether you feel emotionally or socially disconnected from those around you.” Which means you may be surrounded by people every day and fill many hours of your life on social media and still feel alone.

And this is really where Lipton’s new brand purpose comes in. “Lipton has always been a brand that created connections,” says Lipton’s Global Vice President, Jennifer Antczak. “Tea really helps people to be present in the moment. And that is exactly what a quality connection is. It is a genuine connection where you are present in the moment and feel truly engaged with the other person.” 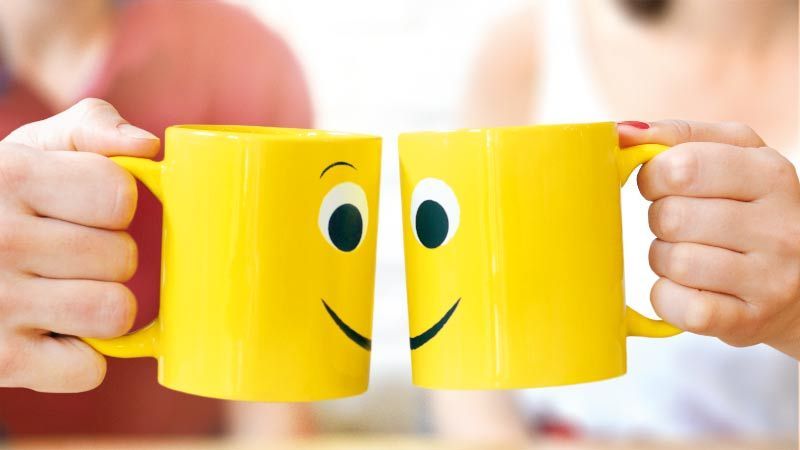 Social isolation can be as damaging to your health as smoking a packet of cigarettes a day. “But Lipton has found that just 15 minutes of quality conversation a day can reduce our chances of feeling lonely. Lipton Global VP, Jennifer Antczak

“Because we are time poor, finding time to call someone, to chat or connect can fall off our to-do lists,” she adds. “But what if your daily ‘to do’ list also had a ‘to who’ that you reached out to?

“The beauty is you don’t need any special agenda to share a cup of tea. It doesn’t need much planning either. It can be as simple as messaging a person and saying ‘You. Me. Tea. Now.’ and then catching up over a cup of tea.”

To show that sometimes priorities get in the way of things that really matter, Lipton set up a social experiment that was filmed. This showed what happened when two very different groups of people were asked to create a daily to-do list. One was a room full of adults, the other a room full of children.

Priorities on top of the adults’ to-do list included ‘pay utility bill’ and ‘focus on work presentation’. The children’s list included ‘play with my best friend’ and ‘hug my mom’.

“Many people feel they don’t have enough time to connect with others,” acknowledges Jennifer Antczak. “But Lipton has found that just 15 minutes of quality conversation a day can reduce our chances of feeling lonely.”

“A hundred years ago, people began practising personal hygiene and life expectancy rates rose over 50% in just a matter of decades,” says Dr Winch. “I believe our quality of life could rise just as dramatically if we all began practising emotional hygiene.”

“Part of that practising could be as simple as reaching out and having a cup of tea to reconnect with someone,” adds Jennifer Antczak. “Whether it is a colleague or a friend you haven't been in touch with for a while or a new neighbour who has recently moved to your area, just be present and truly engaged with people,” she says.