Seven ways we are creating an appetite for change

From nutrition workshops in Mexico to food innovation in the Netherlands, Knorr’s Future 50 Foods report has created momentum for sustainable change throughout the business, and given consumers a practical way of making environmentally-friendly changes to their daily lives.

A year ago, our Knorr brand and WWF-UK published the Future 50 Foods report and challenged the world to diversify its diet.

The reason was simple. Reports showed that our lack of dietary diversity was damaging our health and that of the planet.

Reliance on a small number of plant and animal species was making it increasingly difficult to get the minerals and vitamins we needed – leading to approximately two billion people suffering with micronutrient deficiencies worldwide (WHO).

Intensive monocrop farming was depleting the soil and necessitating the use of more pesticides and fertilisers, while continued dependence on meat protein was contributing to the rise in greenhouse gases.

Together with the resulting loss of plant and animal biodiversity, these factors effectively meant our global food system was causing more environmental damage than energy or transport (WWF).

By providing a list of nutritious plant-based foods that we could all be eating more of, the Future 50 Foods report offered a practical way of making sustainable change.

But what started as a thought-leadership piece, surprised everyone by becoming a key player in the climate change debate.

“We published a solution-based approach at a time when a lot of people were feeling hopeless,” reflects Dorothy Shaver, Global Sustainability Lead at Knorr. “That positive approach really resonated.”

According to Euromonitor, the global market for plant-based food and beverages grew at solid single-digit growth (CAGR) over the five years to 2019. And the upward trend is expected to accelerate. BIS Research, for example, is estimating growth of over 13% (CAGR) for the period 2019–2024.

As we celebrate the first anniversary of Future 50 Foods, we look back at a year of partnerships, programmes and progress.

1. We scaled up our food service partnerships

Uniting Unilever Food Solutions (UFS) and Sodexo, one of the world’s largest food services and facilities management companies, on this project offered a unique opportunity to drive positive change through Sodexo menus.

“We want to make an impact on the food people eat in restaurants,” says Kees van Erp, Unilever Global Lead Chef. “Together, Unilever Food Solutions and Sodexo can make that impact.”

Last September, recipes featuring Future 50 Foods – such as amaranth seeds, ube (a purple yam) and maitake mushrooms – were served by Sodexo chefs in 5,000 professional kitchens in Belgium, the US, France and the UK.

The experience has been so successful that Sodexo has decided to extend it to ten more countries in 2020. 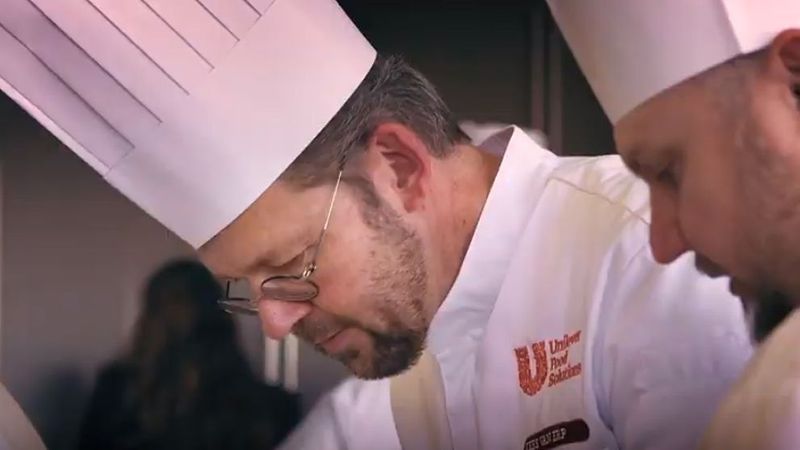 2. We got creative with plant potential

An early success story in this move toward plant-based products has been the ingredient swap made on-pack by Knorr in Germany for key local dishes such as spaghetti bolognese, meatballs and chicken curry.

The carbon footprint of lentils is 83% lower than beef and 64% lower than chicken. By using this Future 50 Food – instead of beef in its bolognese sauce recipe or instead of chicken in the chicken curry recipe – Knorr offered consumers an easy way to give their favourite meals a sustainable ingredient makeover.

In environmental terms, this small change has huge potential impact. It is estimated that if the lentil bolognese recipe was prepared instead of the traditional meat-based version once a month for a year, it would avoid 25kg of CO2 production – the equivalent of an emission-free drive of 177km.

“Knorr Future 50 Foods also serves as a roadmap for our own products and recipes,” explains April Redmond, Global Brand VP. “We’re working to increase the number of Knorr products with Future 50 Foods by 25% and are aiming to have 50% of our product portfolio plant-based, both by 2025.”

Much of this innovation will come out of Hive, Unilever’s €85 million Global Foods Innovation Centre in the Wageningen Campus in the Netherlands, where 500 innovators are working to create products and food solutions fit for tomorrow’s world. 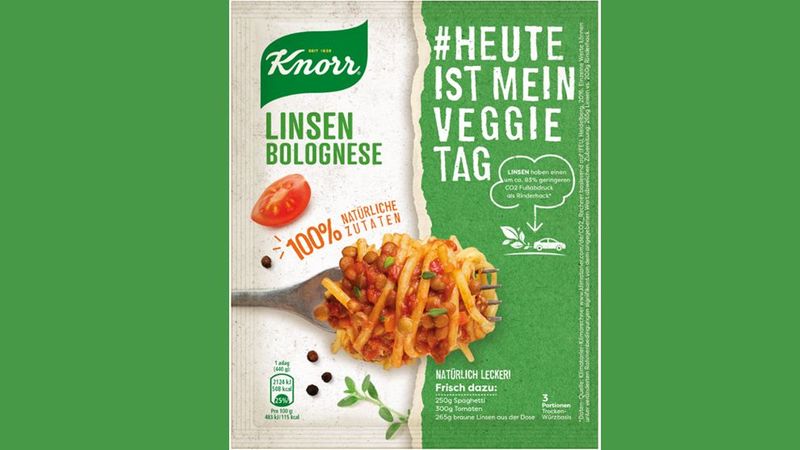 3. We teamed up with the world’s most influential chefs

In order to make real change, we knew we needed the support of the culinary community. So, we reached out to 350 of the world’s most influential chefs and tasked them with putting our Future 50 Foods front and centre of the international dining scene.

Within months, Future 50 Foods were being used in high-end restaurant menus, promoted on social media and starring in cookbooks.

For example, at the Paris restaurant of Michelin-starred chef Gregory Marchand, sustainable ingredients such as spelt, buckwheat and salsify take pride of place on the menu, with lentils even occasionally replacing traditional chestnuts in their famous Mont Blanc dessert.

“As chefs, we can help protect biodiversity by celebrating the great variety of beautiful plants in our recipes and on our menus,” says Tom Hunt, Eco-Chef, food waste activist, and author of Eating for Pleasure, People & Planet, available in mid-March. 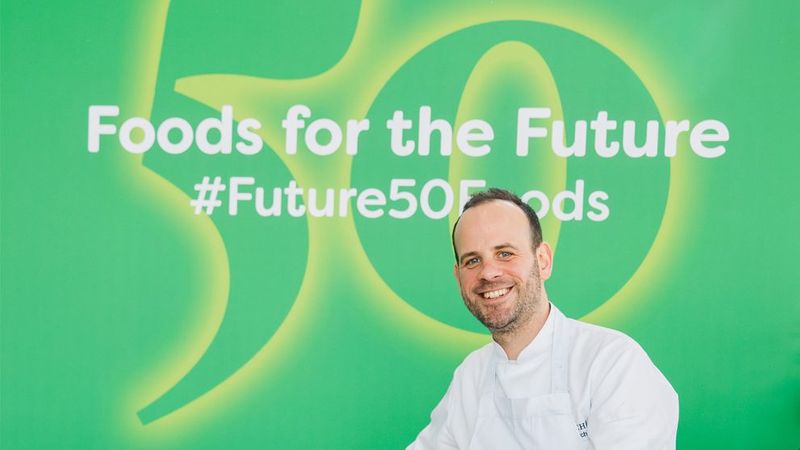 4. We empowered parents in Indonesia

In Indonesia, Future 50 Foods have been embedded within the Royco Nutri Menu programme, which helps families learn how to provide balanced, affordable meals for their families.

This is vital in areas such as West Nusa Tenggara Province in Lombok, where 37% of children aged 5-12 suffer from imbalanced nutrition (Riskesdas 2018).

“Now we understand things that we did not know about,” says one mother. “For example, we just learnt that Moringa can be turned into soup.”

Moringa, a versatile Future 50 Food, rich in iron and antioxidants, is also very adaptable to the local weather conditions and climate, which is why Royco is encouraging people to not only eat more of it, but also to plant more too. 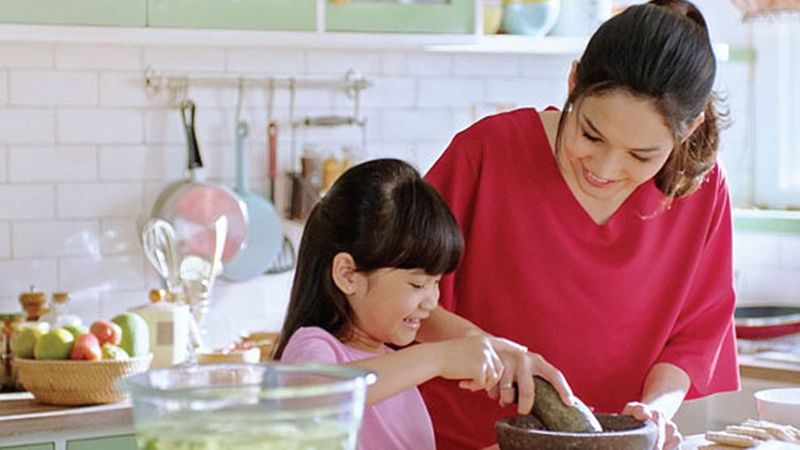 5. We trained teachers in Mexico

In Mexico, Knorr partnered with the National Union of Education Workers to launch a series of nutrition workshops for teachers in three different regions, focusing on Future 50 Foods.

Over 930 teachers were invited to learn about sustainable eating and provided with classroom support materials including worksheets, games and recipes.

It is hoped that through a ripple effect, approximately 47,000 students will now be taught the basics of healthy, sustainable eating, and that they, in turn, will share that knowledge with their friends and families. 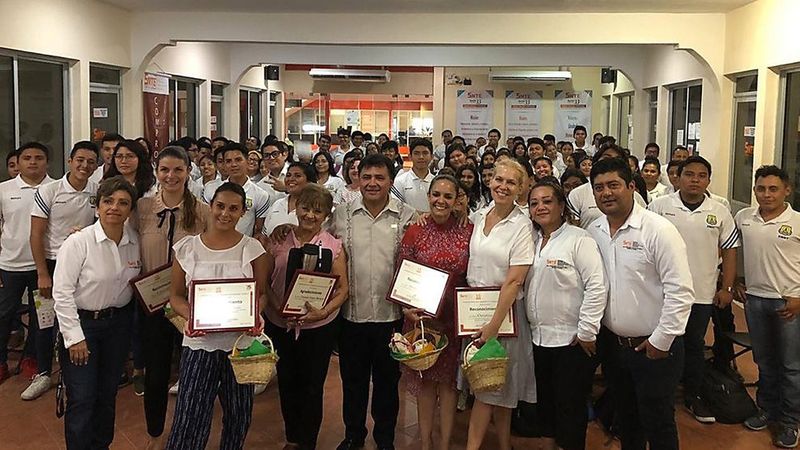 These new, more diverse crops will not only be brought into Knorr’s supply chain, but will also boost smallholder incomes, create a more reliable local food source and significantly reduce the environmental footprint of local food production.

Increasing demand for currently underused crops in this way could have wide-reaching benefits. “Demand for a wider variety of crops could provide more farmers in developing countries with a boost in income. If handled carefully, with safeguards against potential environmental, social and economic risks, it could mean they can send their children to school instead of to work, can invest in the farm and become more financially secure – the whole local economy could benefit,” says Sabita Banerji, Oxfam GB. 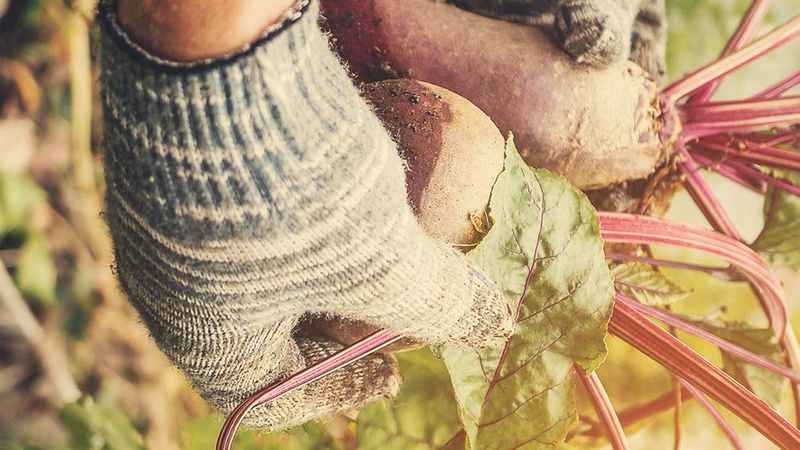 7. We created an inspiring, planet-friendly cookbook

Our cookbook takes the mystery out of cooking with even the most unusual of the Future 50 Foods. It features a collection of plant-based recipes from around the world that will hopefully inspire home cooks to make positive changes in their daily meals.

Many like the Beany Shepherd’s Pie and Tofu Black Bean Tacos put a plant-friendly spin on family classics, while others like Black Salsify Curry or Mango Fonio Salad with Spiced Cashews take a more adventurous slant.

Created by chefs and verified by leading nutritionists, it is available as a download on the Knorr website, and to buy on Amazon UK and the WWF-UK websites. All profits go to WWF-UK. 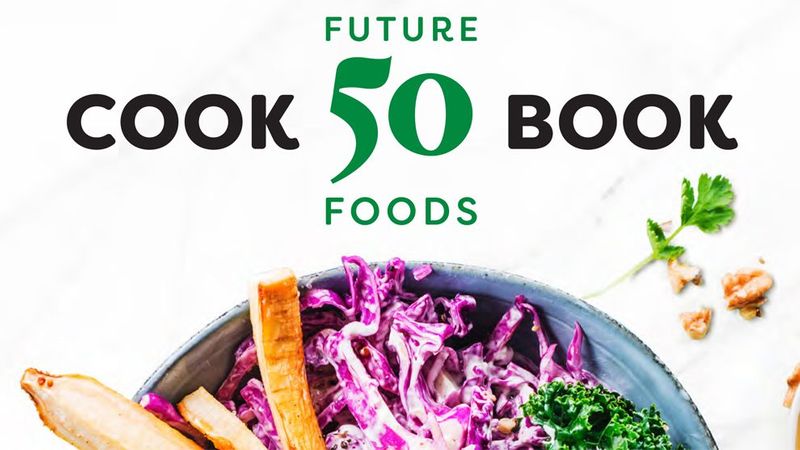 Future 50 Foods - our year in numbers 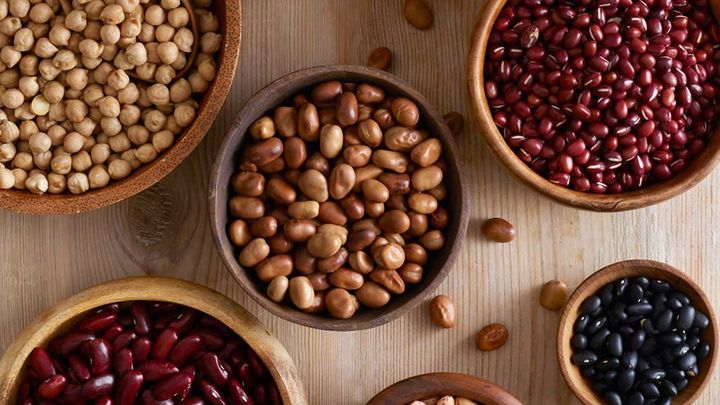 Knorr names the 50 foods of the future