Unilever and the UN: an enduring partnership

To mark the UN’s 75th anniversary, our Chief Sustainability Officer Rebecca Marmot reflects on our partnership and what we have achieved together over the years. 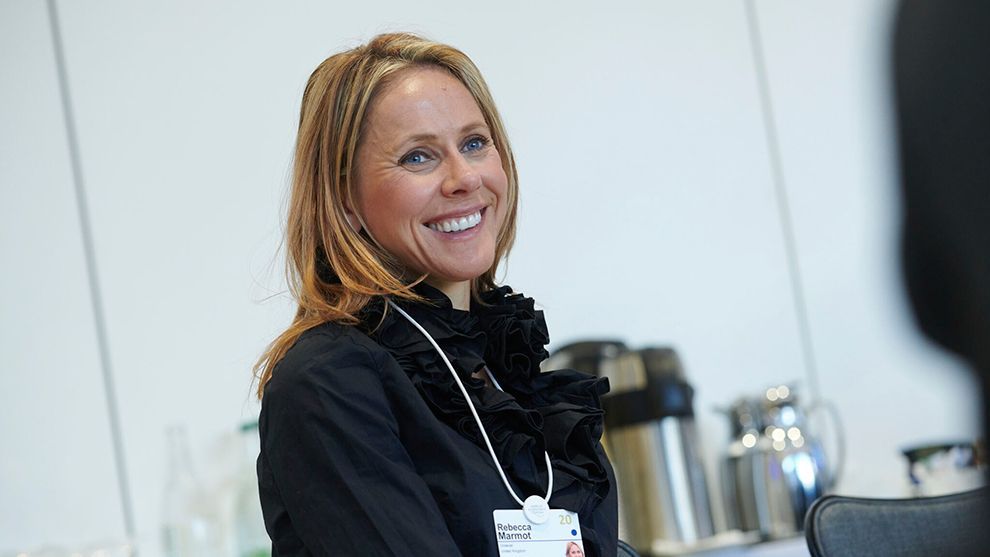 Rebecca is responsible for driving Unilever’s overall sustainability strategy and transformational change in priority areas for the USLP and Compass, such as climate change, the circular economy and opportunities for women.

As the United Nations marks its 75th anniversary this year, its purpose – to maintain international peace and security, develop friendly relations among nations and promote social progress – is more relevant today than it has ever been.

The worst global health crisis in its history is a stark reminder of the need for closer co-operation across borders, sectors and generations.

To celebrate this 75-year milestone, our Chief Sustainability Officer Rebecca Marmot – who has worked closely with the UN for many years – reflects on our partnership and some of our successful collaborations.

A radical idea for a complex world

Anyone born after 1945 doesn’t know a world without the UN. However, the concept that every country should come together to figure out solutions to problems was radical when the UN was created after the Second World War.

In a world that had been savaged by many conflicts, there was an appetite for greater collaboration to try and solve the various challenges through sharing perspectives and co-operation, even if they are different.

This ushered in a new era of multilateral diplomacy and an institution was born with a remit that covered a whole range of issues.

As well as emergency missions, refugee work and peacekeeping, the UN is involved in everything from environmental protection and sustainable development, to human rights and gender equality.

Multilateral diplomacy is the management of international relations by negotiations among three or more states through diplomatic or governmental representatives.

As the UN grew, there was a realisation that solutions wouldn’t come from multilateral diplomacy alone. The rise of globalisation meant that multi-sector and cross-sector engagement – between public, private and civil society – was needed.

In 2006, the UN Global Compact created a formal space that could bring member states together with representatives from businesses, trade unions or other groups. For Unilever, this was the start of a close and enduring partnership.

Unilever’s purpose – to make sustainable living commonplace – is closely aligned to the mission of the UN. So many of the issues that the UN works on are very pertinent to those that we care about as a business. We regularly provide the private sector perspective in areas of common interest such as hygiene behaviour change and women’s empowerment.

Back in 2013, we helped develop a guide to business partnerships with the UN. This cemented Unilever as a respected voice from the business world and led to us being involved in the Millennium Development Goals (MDGs) and crucially, the evolution of the Sustainable Development Goals. 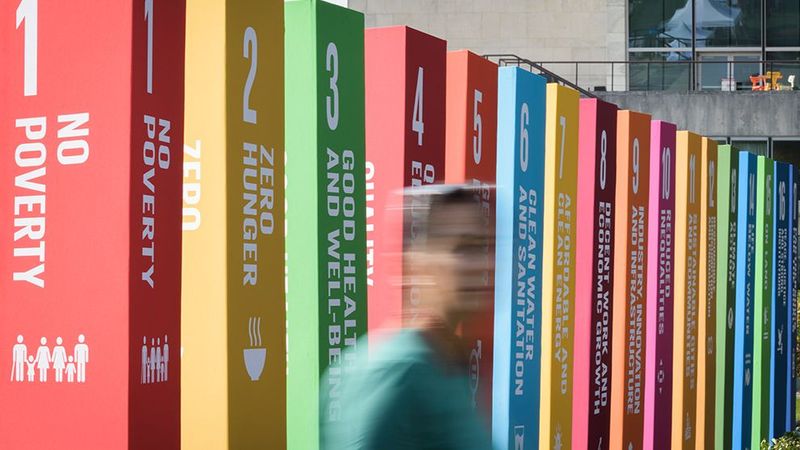 The scale and reach of companies such as Unilever mean we can both contribute to and benefit from this once-in-a-lifetime opportunity to improve society and the environment. Rebecca Marmot

Helping to shape the Global Goals and the Paris Agreement

The MDGs provided some common development targets and while a certain amount of progress was made, it was uneven. What’s more, the private sector wasn’t properly involved. The UN decided to run a series of consultations on what to do in 2015 when the MDGs came to an end.

Our CEO at the time, Paul Polman, was invited to join Secretary-General Ban Ki-moon’s High-Level Panel on the Post-2015 Development Agenda. As part of that, we helped shape a proposal for what went on to become the Sustainable Development Goals (SDGs).

The UN SDGs are the global plan to create a better world. They address poverty, hunger and climate change, alongside other issues central to human progress and sustainable development – such as gender equality, clean water and sanitation, and responsible consumption and production.

The scale and reach of companies such as Unilever mean we can both contribute to and benefit from this once-in-a-lifetime opportunity to improve society and the environment, and the growth in economies that comes with delivering the SDGs.

If companies fail to get behind the SDGs, the costs and uncertainty of doing business will swell. On the other hand, if a critical mass joins the movement, it will create an unstoppable force for good.

How we drive change

To tackle global issues relevant to Unilever and drive change, we use a model based on three pillars: advocacy, partnerships and scale.

We advocate for wider systems change to improve the operating environment. We do this by working with partners to influence decisions on topics that are important to both our short- and long-term business goals, for example, food systems, plastic and climate.

The term ‘advocacy’ means the public support for or recommendation of a particular cause or policy.

We drive action through partnerships with several UN agencies. For instance, we work with UN Women to advance our efforts on gender equality (SDG 5), and also with UNICEF in areas such as clean water and sanitation (SDG 6). We bring this to life through our brands, for example, our UNICEF partnership with Domestos and Lifebuoy.

We then scale these advocacy and partnership activities to maximise our impact. This can be through working with governments, such as in India on its progressive water, sanitation and hygiene programmes. Increasingly, we’re able to reach millions more people through mobile and digital activations.