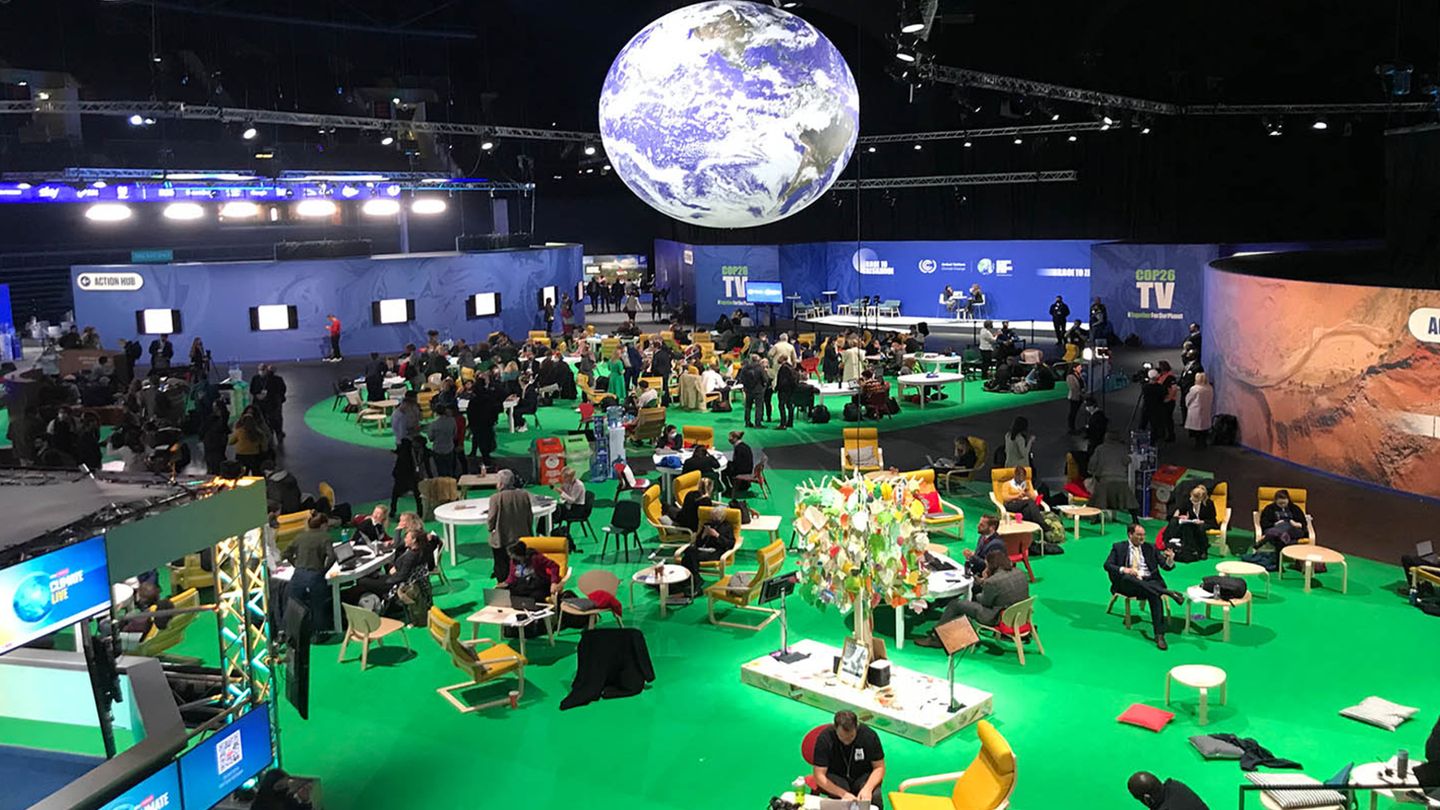 COP26: world reaches agreement, but much work to do

As a Principal Partner of COP26, Unilever went to the Glasgow climate talks to advocate for greater ambition and decisive action. After two weeks of negotiations, the outcome delivers more than many expected but less than the world needs. Here, our Global Climate & Environment Director Thomas Lingard reflects. 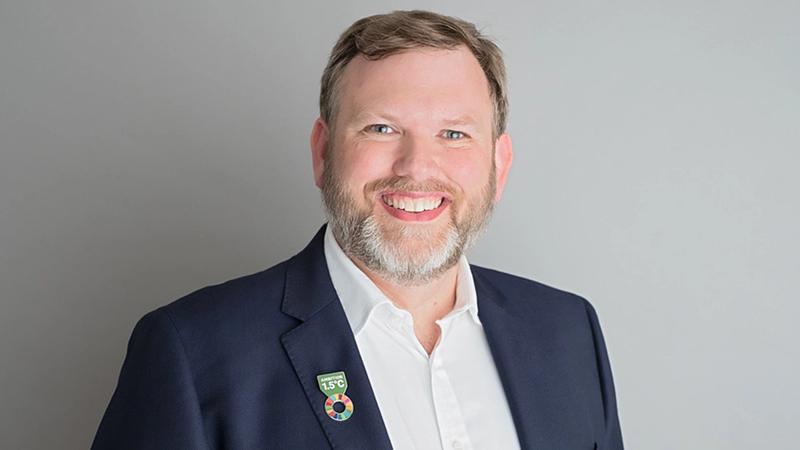 Thomas leads Unilever’s global climate & environment agenda in support of our goal to improve the health of the planet.

Six years after the historic COP21 in Paris, Glasgow has brought over 190 countries back around the table to agree in specific terms the actions they must now take to get on track to limit global temperature rise to 1.5 degrees.

While collective national climate plans still regrettably suggest a pathway of over 2 degrees of warming, this number is falling year on year (from over 4 degrees in 2015 before the Paris Agreement was signed) and we believe it will fall further.

A new commitment by countries to update their 2030 emission reduction plans next year will build on this sense of momentum.

The Glasgow Climate Pact has also called out, for the first time ever, the role of coal use and fossil fuel subsidies in driving the climate crisis. Countries have agreed to put the brakes on both – something Unilever has advocated for many years.

The role of nature-based solutions

High-level events around the summit itself recognised the importance of nature in tackling climate change.

The governments of the UK and Indonesia launched the FACT dialogue (Forests, Agriculture, Commodities and Trade) to improve communication and cooperation between governments on tackling the impact of commodity supply chains.

The LEAF Coalition, of which Unilever is a member, also announced a $1 billion pledge to protect the world’s forests from deforestation, a key source of greenhouse gas emissions. 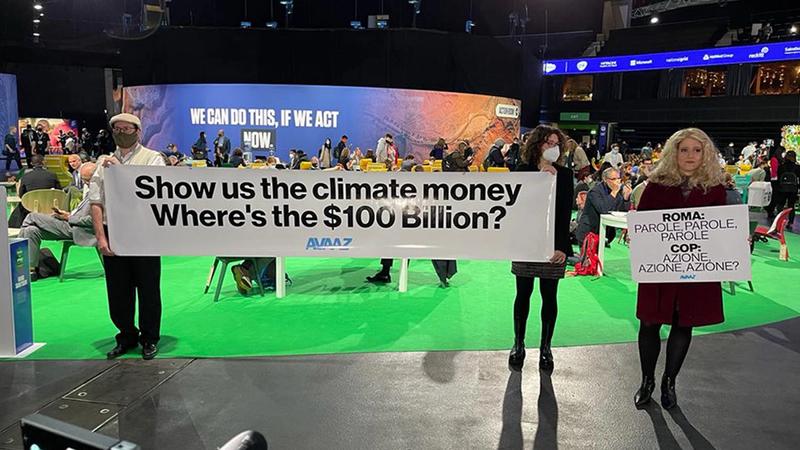 We share the frustrations of developing countries who want and need developed countries to come good on their promises to provide $100 billion annually from 2020 – this hasn’t yet happened. Many of these countries have done little to cause the climate crisis and yet are already bearing the brunt of its impacts.

But Glasgow has provided a pathway to see that this pledge is met in the coming years, and with a greater focus on adaptation and resilience than at previous COPs.

The presentation of climate change as a social issue not only an environmental one was a key take out from COP26. Thanks to youth groups, indigenous peoples and local communities’ participation at the conference, the voices of future generations and those often bypassed in the formal negotiations, were louder than ever.

The arguments for climate justice are slowly making it from the side rooms to the main stage, and not before time.

Carbon markets have been a controversial topic, with many stakeholders concerned that they will distract business from the core task of decarbonising their value chains, instead focussing on offsetting.

Others have worried that where land-based credits are involved, carbon markets can pose a risk to indigenous peoples and local communities through ‘land grabs’ as developers rush to implement projects.

Unilever hosted an event with the UK Presidency making the case for the highest social and environmental integrity in carbon markets. In the end, the carbon market negotiations closed with a deal that takes many of the issues into account, and it’s good to have clarity on the way forward.

We would have liked them to have gone further, but it is clear these rules will provide a floor not a ceiling.

We therefore welcome the announcement that the San Jose Principles Coalition will work to go beyond the deal made in Glasgow to operationalise the Principles which have social and environmental integrity at their core, and to bring other countries on board. 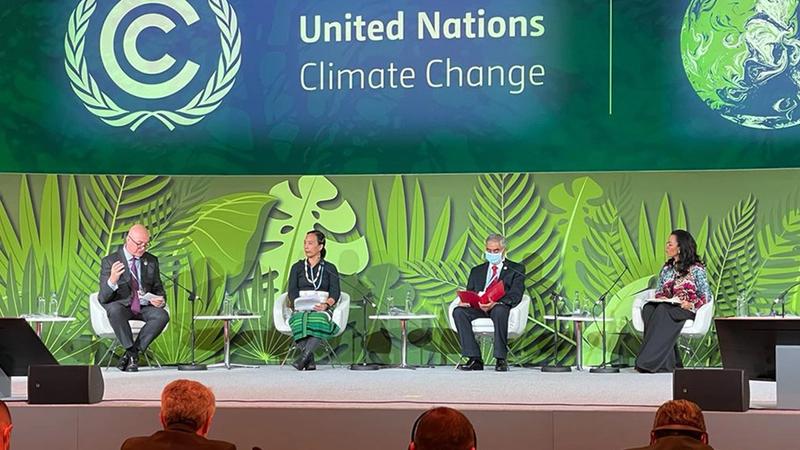 Leadership of businesses and subnational governments

Outside of the formal COP perhaps the real success was the acceleration in commitments to real and tangible actions across businesses, cities, states and regions.

There was a greater private sector presence than at previous COPs and more collaboration between national governments and non-state actors. It gave COP attendees and watchers the sense that momentum is firmly with the low carbon transition and will only grow in size and pace.

The Glasgow Financial Alliance for Net Zero (GFANZ) was one of the most striking announcements with financial organisations with $130+ trillion of assets committing to align their investment strategies with net zero.

For our part, Unilever underlined the role of nature, people and technology in finding solutions to the climate crisis and shared our new Forest Data Partnership with Google Cloud, NASA, WRI, and the UN Food and Agriculture Organisation, announced by USAID.

Our brands Hellmann’s, The Vegetarian Butcher and Knorr also partnered with the UK government to help raise public awareness of the impacts of our diets and encourage everyone to make changes in their everyday lives.

Where do we go from here?

COPs are unique because they represent a consensus view – neither the most nor the least ambitious. It is easy to look at the gap between where the world is and where it needs to be and take a pessimistic view on COP26.

But it’s also possible to see how far we’ve all come and recognise that we have indeed reached a tipping point in our collective response to climate change.

One thing is certain: Unilever is more committed than ever to tackling the climate crisis. We’re listening to the expectations of young people – whose future hangs in the balance. We’re eliminating emissions from our operations by 2030, and working with our brands, suppliers, partners and consumers to reach net zero across our value chain by 2039.

More and more companies are joining us, and we will keep using our voice to encourage ambitious climate action right across the private sector. We will leverage this to call on governments to accelerate wider system changes that will help all of us to move faster towards 1.5°C.

The actions we take over the next few years will make or break our climate, with profound consequences for people and nature. We’re all in this together – and we need to get on with it.