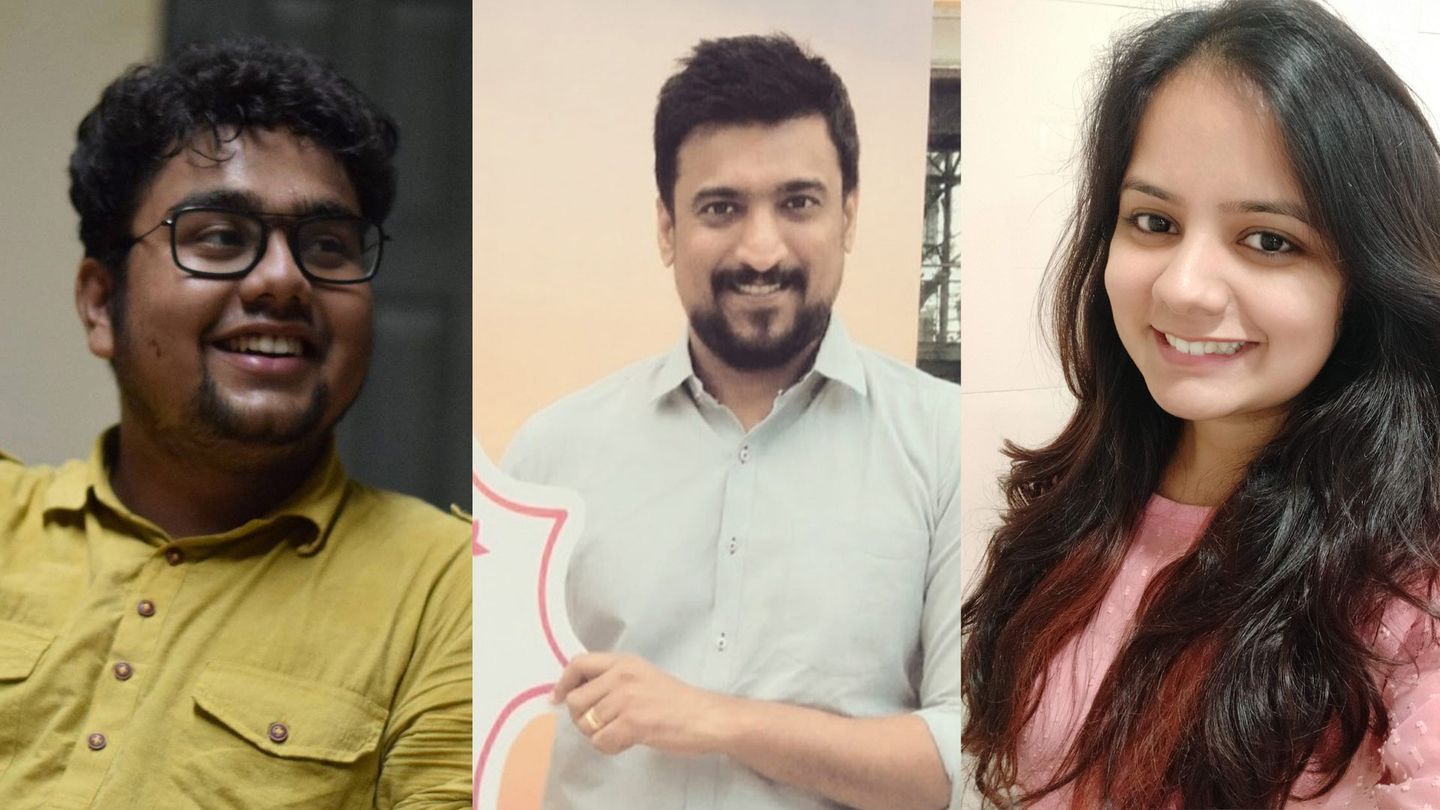 When the second wave of Covid hit Hindustan Unilever

Meet Archita, Rakshit and Souvik, three of our 2021 Heroes. Every year, in the Heroes Awards, Unilever recognises a handful of employees who have gone above and beyond their day job. Powered by passion and purpose, the 2021 Heroes have brought help, hope and tangible improvement to communities around the world.

Unilever’s business in India, Hindustan Unilever Ltd (HUL), enjoys wide respect across the country and has long been recognised as a compassionate caring company.

Now the current generation of HUL’s workforce have taken up the baton and created new ways of helping employees and communities in need. And three individuals – Archita Priya, Rakshit Shetty and Souvik Maity – have been named Unilever Heroes 2021 for their initiative in helping to support employees during the second deadly wave of Covid in India.

Archita Priya, Senior IT Manager in Bangalore, describes the situation as it unfurled. “When the second wave came, it felt like a tsunami. There were over 400,000 cases a day and the whole country was on its knees. It was really frightening.”

“It was difficult not only mentally but also physically,” recalls Rakshit Shetty, who works in Marketing in Mumbai.

The country’s healthcare systems were unable to cope and people struggled to access medical resources. And like the rest of the country, HUL found itself in the thick of the pandemic. ​​

At one point, the company had more than 1,500 people – out of a workforce of 90,000 (Unilever employees and the outer core) – down with Covid. The total number of cases that HUL witnessed during the second wave was upwards of 4,500.

The Medical & Occupational Health (M&OH) team worked round the clock to offer support to employees across the country and help identify resources such as hospital beds, medicines, oxygen supply and testing. But there was an information gap between the requests from employees and the services that the company doctors were able to provide. The requests kept on coming and the team were impossibly stretched.

Solutions: the helpline and app

Better information was needed. To resolve the problem, Archita, Rakshit and Souvik were brought together, with the support of their line managers. The three worked long hours, sometimes starting as early as 5.30am and continuing late into the night. “Those were crazy nights,” Souvik remembers.

Clearly, a single helpline, backed by a robust IT infrastructure, would help immeasurably. “We just wanted to help, so we used our skills to build a dashboard and app,” explains Rakshit. “Our goal was to organise this very chaotic situation to make as much impact as possible. We knew we could make a difference.”

In just under ten days, the HUL healthcare helpline was live across India. The helpline was backed by the HUL healthcare app, helping the call centre team assign cases to doctors and volunteers, using an algorithm that took account of case load and location. The central M&OH team had access to a Power BI dashboard, providing ‘at a glance’ information, which helped them monitor each case in real time. 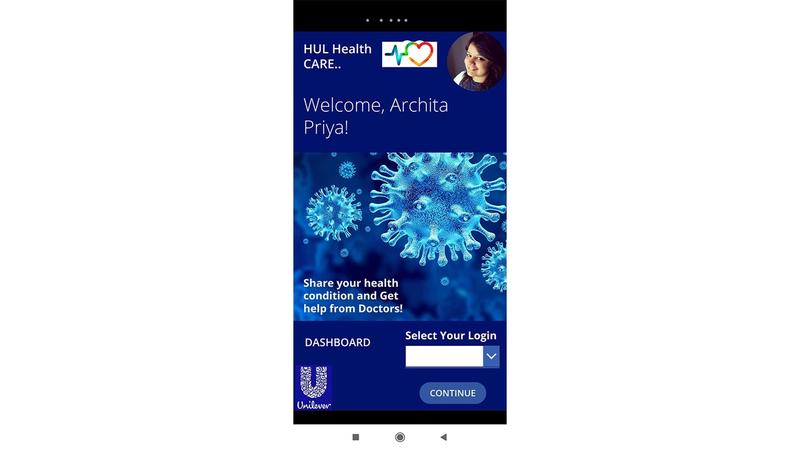 The helpline was made available to all HUL employees, the outer core and their extended families. As the situation was so serious, vendor partners working with HUL were also allowed to call in with their requests.

Both doctors and the ‘Nightingale’ volunteers received notification on the app, or via email or text message (SMS), when cases were allocated to them. Having this transparency also meant cases could be tracked at a site level, and it flagged up the need for emergency action if it was required.

Getting people to call in a helpline number instead of directly calling their usual Unilever doctor also required behaviour change among employees. “We worked with teams to make sure the wallpapers on the laptops of employees in India contained information about the helpline,” explains Archita. “It was important that the number should be well known to them and accessible at all times,” she adds.

The work in setting up the helpline and app was immense but swiftly executed. “Passion was at the core of us cracking this,” says Souvik.

At the same time, a network of individual volunteers was set up in parallel. These were the Nightingales – a group of volunteers drawn from all functions within Unilever’s operations in India. The Nightingales network launched in April 2021 with a team of 30. Within two weeks, the team had grown to over 150.

Archita, Rakshit and Souvik trained both the Nightingales and the doctors on how to use the app. The three arranged multiple sessions to get everyone on-board with the new processes and were always available to answer questions. 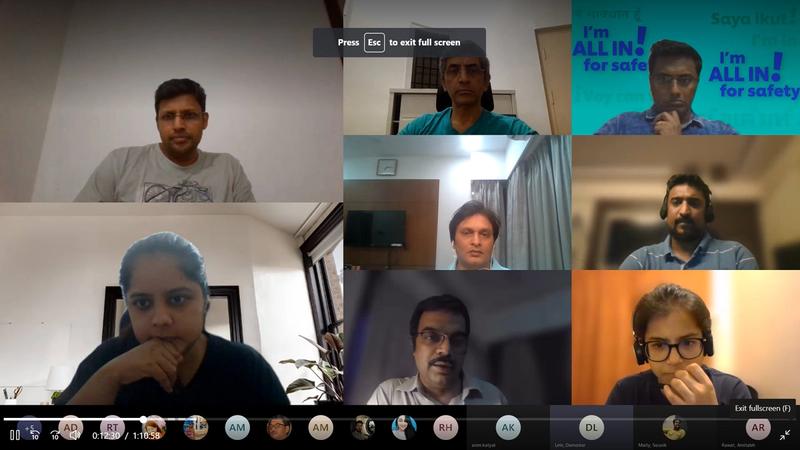 Online training session with some of the doctors

The Nightingales divided up the responsibilities. A key part of their work was to help procure oxygen concentrators and medicines, and to identify hospital beds and plasma donors. Injected drugs were sometimes needed to counter black fungus – a rare infection which had re-emerged as a further Covid-related risk.

“With a daily increase in Covid cases of around 4 lakhs [400,000], the health infrastructure had pretty much collapsed,” says Archita. “This made the job of the team a pretty tough one – keeping themselves sane and working towards the end-goal of assisting with healthcare needs.” 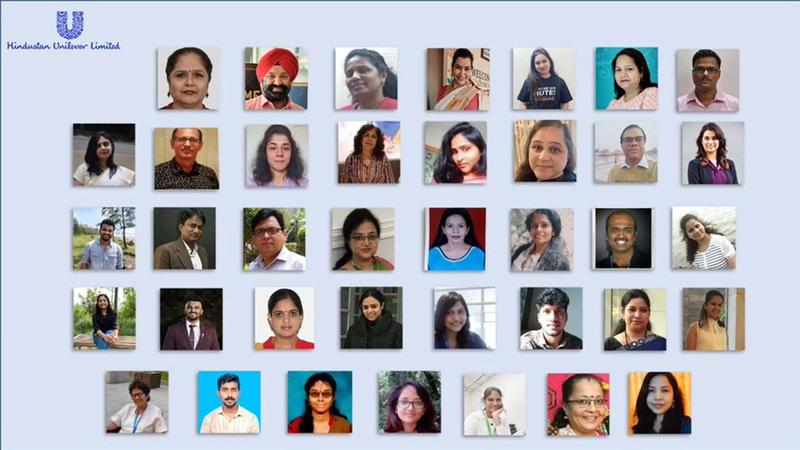 Members of the Nightingale Network

Through their efforts, the Nightingales have helped support more than 1,500 employees and their extended families.

“It feels amazing to have worked as a team and made such a difference,” says Souvik.

Archita, Rakshit and Souvik emphasise that they were part of a wider team who, despite the heavy demands created by external circumstances, went beyond the call of duty. They highlight the dedication of the entire team. “And we’d like to thank our leadership for bringing us together,” Archita adds.

For Archita, there was a personal resonance when the helpline gave emergency support to her own family. “It came full circle for me when the very network we had built helped get a hospital bed for my dad, when my family members and I were affected by Covid soon after,” she says. “For me, working on the helpline seemed like the best way to cope.”